The Playoffs are rockin’ in earnest.  Halliday’s no-hitter. Lincecum’s 14k’s.  The Yankees usual dominance. The post season of Major League Baseball is in literally full swing.

I have to say a bit wistfully I don’t know really who to cheer for.

I do own a Yankees hat.  But that’s the only one of the playoff teams.  I know it is weird for an Angel fan to have a Yankees hat. But I think it is left over from one season when my son was on a Yankees team!  The truth is the Yankees have dominated the Twins in post-season play not just this year!

It is hard to cheer for the Rangers since I am used to rooting against them. But they will likely put the Rays out of their misery. 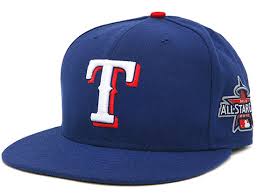 I guess I could root for a National League Team.  Giants make sense since I am the anti-Dodger. But the Phillies look so good and I have never been a Braves person. Not even sentimentally to win one last one for Bobby Cox.

I am just grateful that there is still baseball to watch.  No matter the team. I love the game! But you already knew that.

I am just happy the 2011 schedule has been announced with a shortened spring training and an April 1 start. The Angels will be at the Royals. Hmmm, I have never been to Kansas City.  Baseball and BBQ…before Pesach. Sounds about right.   First time the season will not start on a Sunday or Monday in a very long time!  But it just means baseball will be back sooner.

Onward to the World Series.