Yesterday was the birthday of Abner Doubleday.  Gen Doubleday was a Civil War Hero but he is the mythic founder of baseball.  His name often comes up as the creator of the rules of baseball. But this has been proven an absolute falsehood and myth.  It was perpetrated because early on some wanted to show that baseball was “All -American”.   An original game. But baseball is does indeed descend from cricket and of course rounders.  But the myth of Abner Doubleday still lives on!

The Mills Commission in 1905 was headed by former pitcher Albert Spalding. (yes, of the sporting goods fame).  It was their report finalized in 1908 that attributed the All American sport to Abner Doubleday inventing baseball in 1839 in Cooperstown. But Doubleday wasn’t in Cooperstown then, he was at West Point and was 20 years old!

Even his obituary in the New York Times made no mention of baseball.

But the myth lives on.  So happy belated birthday Abner.   Hope you are cheering your favorite team from the Heavens! 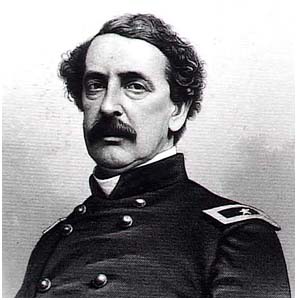